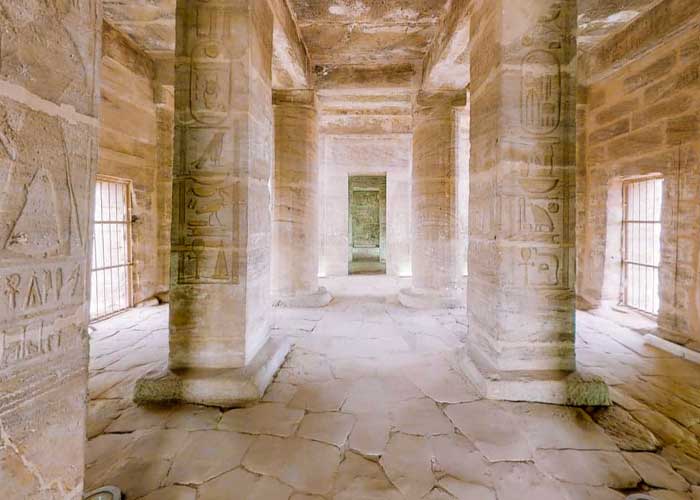 This temple is located about 180 kilometers south of the High Dam. The Temple of Amada is the oldest Egyptian temple in Nubia; during Egypt’s 18th dynasty, Pharaoh Thutmose III was in charge and built this building. To mark the completion of the new building, a ceremony was held to honor the gods Amun and Re-Horakhty while it was still being made.

A Brief History Of Amada Temple 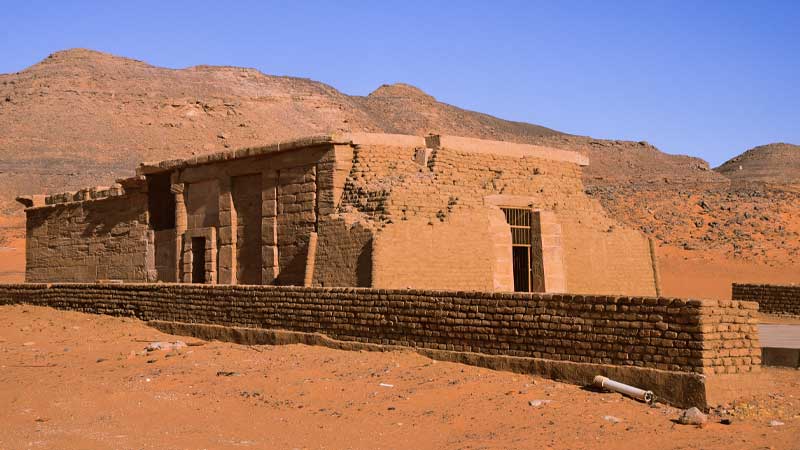 After his father died, his son and successor, Amenhotep II, took over the throne and finished this complex structure. At the time, Amenhotep II was king. Thutmose IV, who took over for Amenhotep II, decided to put a roof over the temple’s courtyard and turn it into a hall with columns. This particular type of hall is called a “hypostyle hall.”

So that Temple of Amada could be used for worship services and other religious gatherings, the name Amun was taken off the temple when Akhenaten was in charge of the area. This happened when people stopped going to that place to worship Amun.

On the other hand, Egypt didn’t use the name again until Seti I was king of the country in the 19th dynasty, and Egypt was the country’s name at this time. Several 19th dynasty kings did essential things during their reigns. “They helped make the temple look lovely and keep its many parts in good condition. 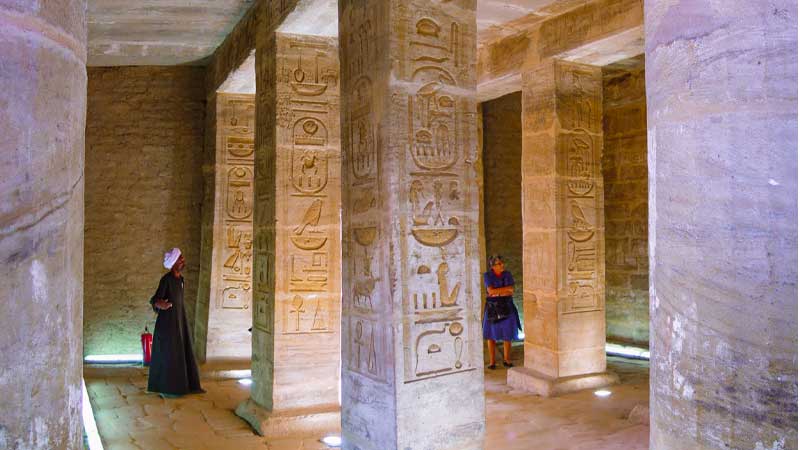 When the building was first thought of as a piece of architecture, it was supposed to have a tower, a courtyard, and an entrance that led to a sanctuary. However, these elements were never implemented. But none of these parts were ever put into place.

On the other hand, these parts were never really put together as they were supposed to. Still, by the time Thutmose IV put a roof over the open-air courtyard, “offering scenes” had been painted on the pillars and walls of the building.

Scenes of Amenhotep II and Thutmosis III were on the right side of the building, and locations of Thutmosis IV were on the left side of the building. Even though the front of the temple is dull and falling apart, the most exciting parts of the inside are the reliefs that have been carved and painted with bright colors. The temple’s outside is boring and is falling apart. The outside of the temple is getting worse at the moment.

Some of the most impressive reliefs in the temple might be in the most private area, and this is because the temple was built here. In this picture, Thutmose III and Amenhotep II could be holding each other while making sacrifices to a group of Egyptian gods or holding each other while making sacrifices to the gods themselves. A painting on the left side of the vestibule shows Amenhotep II racing while holding an oar and a hap.

In the middle of the room is where the image is. There are many more pictures of Horus and Thoth putting a crown on his head (or navigational instrument).

On the side of the sanctuary is the cult chamber, full of exciting paintings showing how the temple was built and what ceremonies were done to dedicate it. In these stories, we see the “ritual of the stretching of the rope,'” the “ceremonial making and laying of bricks,” and the “offering of the temple to its gods.”