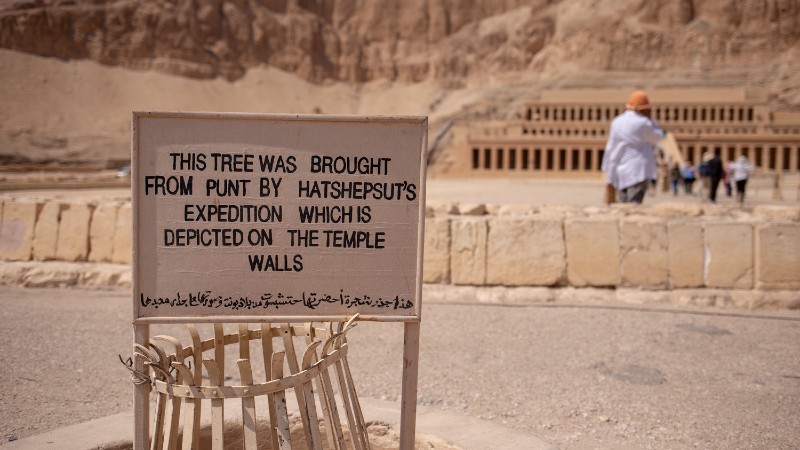 Why is the Mortuary Temple of Queen Hatshepsut so important?

Which built for the queen of the 18th Dynasty “Pharaoh Queen Hatshepsut” that Who the Temple of Hatshepsut built for.

It is one of the incomparable funerary temple of hatshepsut of ancient Egypt that considered one of the greatest achievements of this civilization.

It dedicated to Hachepsut and Amon.

The Egyptian monarch had the duty to honor their gods and pharaohs and immortalize their memory forever by building tombs and temples.

Queen Hatshepsut was always aware of the ways to raise her public image and immortalize her name.

Hatshepsut was the daughter of a very powerful god in Egypt, so she rule as if she were a man.

She ruled for about two decades. 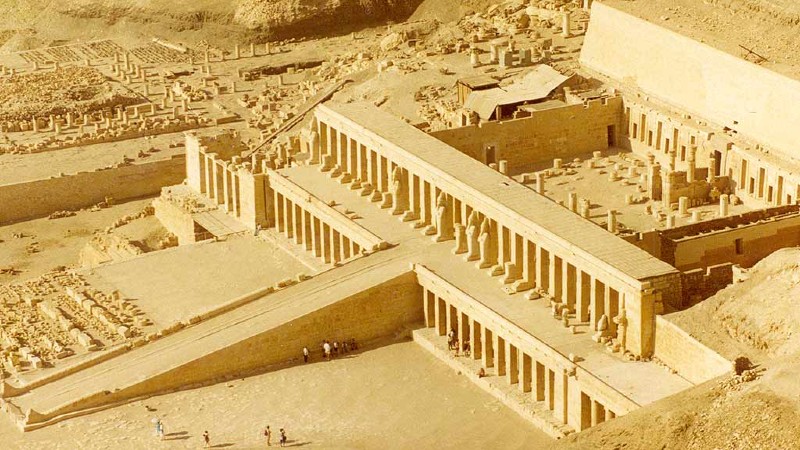 Queen Hatshepsut was the daughter of King Thutmosis I and his wife Ahmose.

Thutmosis obtained by his secondary marriage from Mutnofret, a son called “Thutmose II”.

Queen Hatshepsut elevated to the great position of the wife of the god Amon, which is the highest title that a woman can get in Egypt, giving her a great political position.

Her husband died and her son was still a boy, so she handled the affairs of the state until she crowned Pharaoh of Egypt.

What is Hatshepsut known for?

Her period of the reign was the most peaceful and prosperous in the history of Egypt.

It characterized by the success of the trade, economy, and her numerous public works projects that provided jobs to workers all over the country. 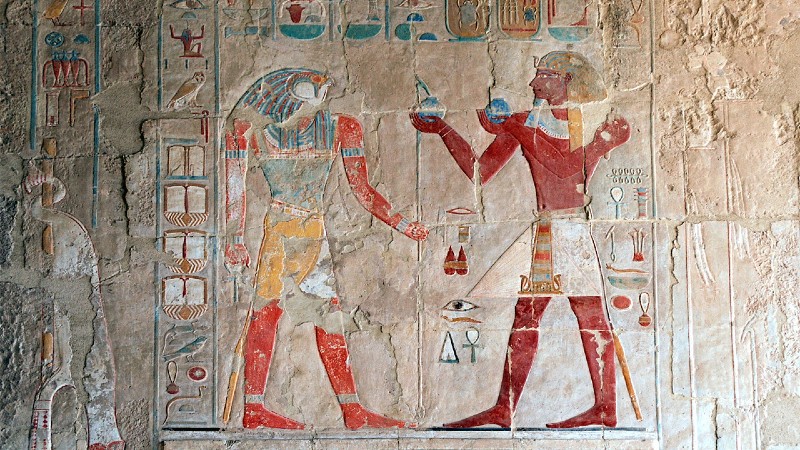 where is the Temple of Hatshepsut?

The Temple of Queen Hatshepsut located in Upper Egypt, under the mountains of “Deir El-Bahari”.

A name that derives from the ancient monastery built during the Coptic era.

About 27 kilometers northwest of Luxor on the west bank of the river in western Thebes (the great capital of Egypt during the new empire of Egypt).

It located next to the Mortuary Temple of Mentuhotep II.

The temple marks the entrance to the Valley of the Kings which you can visit during your luxurious tours of Egypt.

How old is the Temple of Hatshepsut?

Queen Hatshepsut gave the order to build this magnificent temple in the year 1479 B.C.

She built the temple to tell the story of her life, the construction of which took about fifteen years.

how was the temple of hatshepsut built?

Based on the Temple of Mentuhotep II, but made every aspect bigger.

The mortuary temple of hatshepsut has three levels, each containing a precisely designed colonnade. 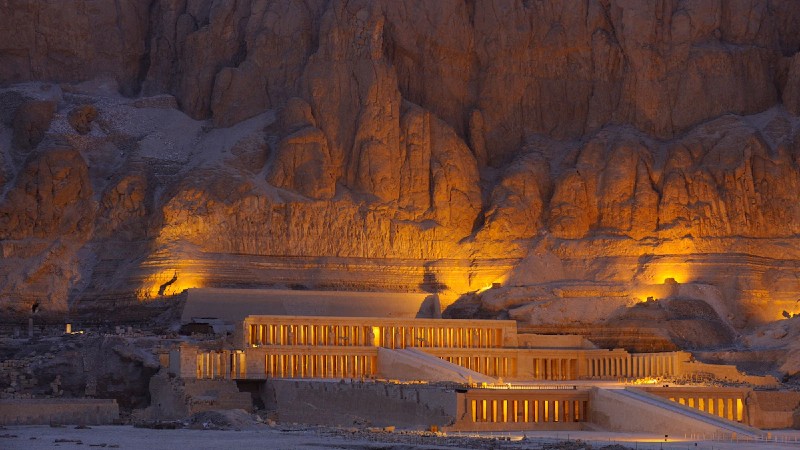 On the Ground Level; there was a garden with exotic trees brought from Hatshepsut’s expeditions to the country of Punt.

And unfortunately, this garden no longer exists.

Behind the courtyard, there square-shaped columns.

There are scenes including Thutmose III dancing in front of Amon and some scenes representing the marshes of Lower Egypt.

You can climb a staircase to get to the second level.

On the Second Level of the mortuary temple of hatshepsut; there were two pools and sphinxes, which lined up on the way to another ramp.

This level contains one of the first pictorial documentation of a commercial expedition.

There also a sanctuary dedicated to the Hathor Goddess, which represented by the face of a woman with the ears of a cow holding a musical instrument.

The colonnade of the birth is on the right side of the ramp and tells the story of Hatshepsut’s creation with Amon.

The colonnade of Punt is on the left side of the ramp and reveals his glorious expedition to the mysterious “Land of the Gods”.

The Egyptians had not visited Temple of Hatshepsut in centuries.

As capitals and the Chapel of Anubis, which has a hypostyle room with twelve fluted columns and an astronomical ceiling.

The Third Level; houses a portico with double rows of columns facing the front.

All the images of Queen Hatshepsut had destroyed and replaced by images of King Thutmosis III.

There is also the sanctuary of Amon behind the courtyard.

It rebuilt during the Ptolemaic period and dedicated again to Imhotep.

This fabulous mortuary temple of hatshepsut considered the closest to the history of ancient Egypt.

It magnifies the pharaoh and includes shrines to honor the gods relevant to his future life.

The construction of this temple reflected in the following temples of the new empire. 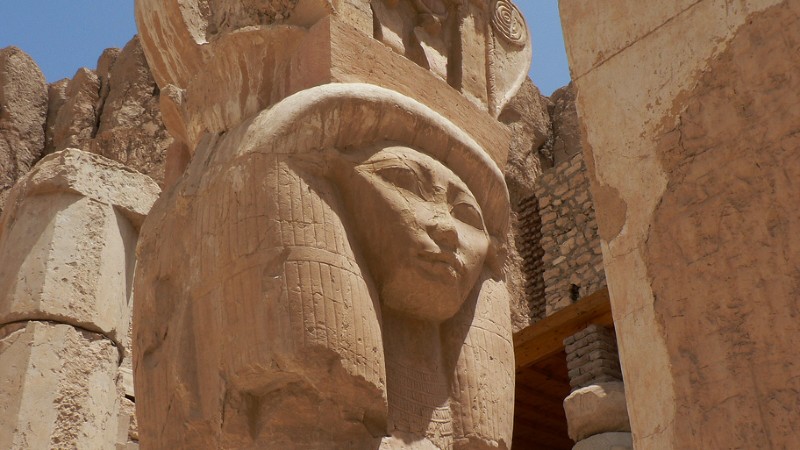 Although some elements of this magnificent historical structure damaged by vandalism of Thutmose III.

Many travelers during their tour packages to Egypt mentioned that this site well preserved and worth visiting.

There is a bazaar (or market with various products) just outside the entrance of the temple.

While in Egypt, you should visit the unforgettable Temple of Hatshepsut, especially when you choose one of our Egypt travel packages or enjoy a Nile cruise between Aswan and Luxor. 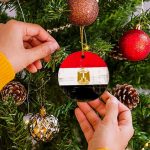