The Karnak Temple Egypt is the largest temple in the world and the largest religious building ever built.

Located in the city of Luxor “Thebes”.

It called “Ipet-Isu” which means “The most select of places” in the Middle Empire, also knew as “Pr-Imn” which means “House of Amon”.

The Karnak Temple Complex in Egypt

The Karnak Temple Egypt consists of a group of temples.

The largest space of them and the center of the temple covers sixty-one acres belongs to Amon-Ra (the male God of Thebes), find out Museum of Luxor

We can see in the south of the central area his wife the Mut and more temples.

The Temple of Karnak was not only for the gods, but also to the Egyptian rulers who wanted to be memorized.

So they left their architectural mark over the centuries.

From the beginning of the ancient empire, the middle empire, the new empire, and the Ptolemaic dynasty. 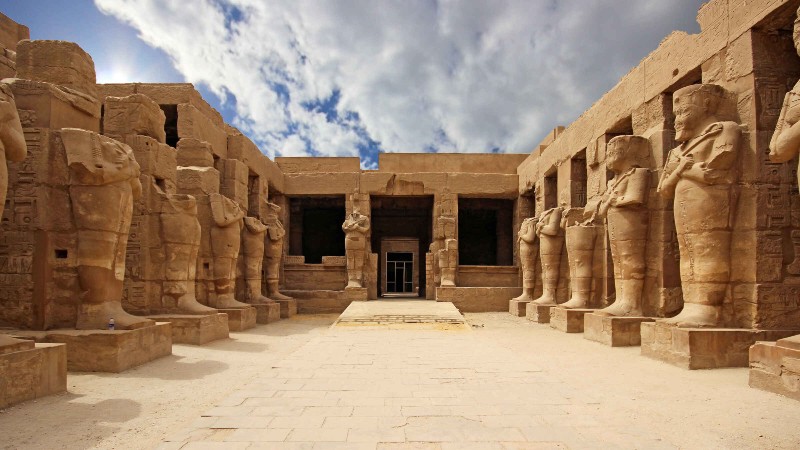 An avenue of ram-headed sphinxes leads to the first pylon and The ram’s head symbolizes the god, Amon.

There are 20 rams on each side that built to protect the temple.

The first pylon is the main entrance to the temple and the last building constructed at Karnak.

Quick tour in Things To Do In Luxor: Top Luxor Attractions

In Karnak Temple Egypt The great patio is 100 m long and 80 m wide, it contains ten columns with papyrus capitals.

Each column is 21 m high and Only one column exists knew as the kiosk of Taharqa, who was the fourth king of the XXV Dynasty.

There is also the statue of Ramses II that represents the king wearing the double crown of the High and Low Egypt, at his feet, we find his queen wife. 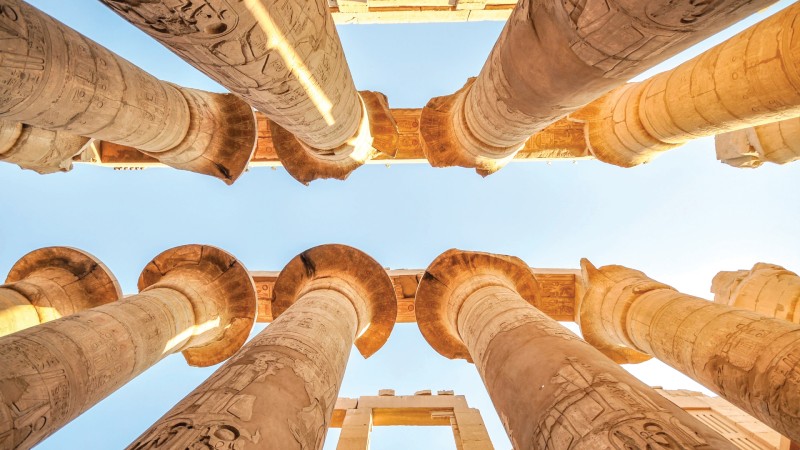 The Great Hypostyle Hall is the most incredible building in Karnak Temple Egypt.

The outer walls of the northern hall describe the battle of Seti, while the southern wall is inscribed with the peace treaty of Ramses II with the Hittites. 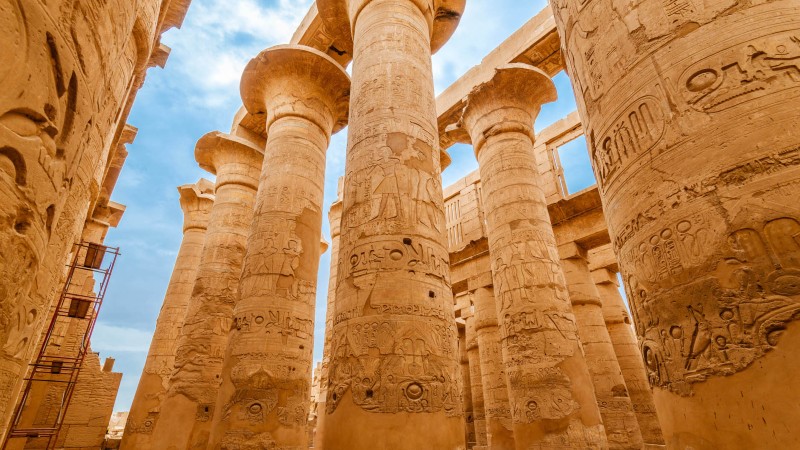 A sacred lake of Karnak Temple Egypt 120 m by 77 m, making it the largest of its kind.

It used by the priests for purification and other rituals such as navigation.

It was the home of the sacred geese of Amon.

The lake bordered with stone and has stairs to descend to the water.

We can find the storehouses and the chambers of the priests around the lake. 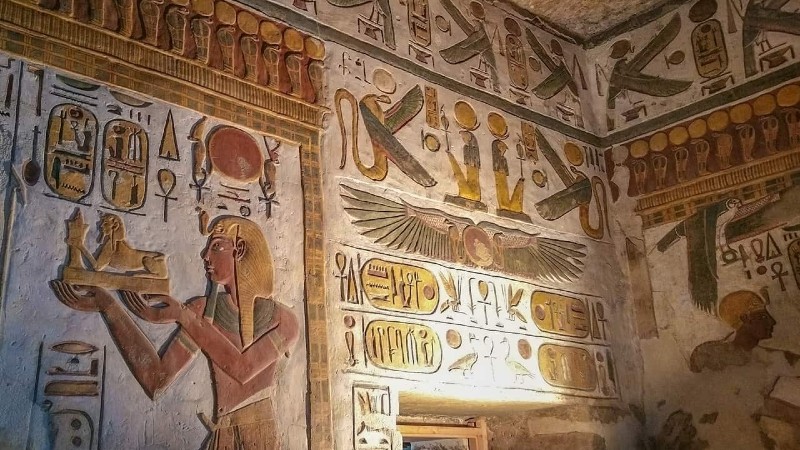 The Karnak Temple is one of the most important attractions in Egypt, where many tourists come from all over the world to visit.

If you would like to visit this historical monument and the other archaeological sites of Egypt, then check our travel packages to Egypt and select your trip or other option which is to enjoy the tour on Egypt Nile Cruises between Luxor and Aswan which is the most adventurous experience in Egypt.